10 Things NOT to Say to People Without Kids

When a person hits adulthood, they tend to hear the same three questions:

1. Are you dating someone?

2. When will you get married?

3. When will you have kids?

When I was single, I hated going to places like the nail salon, family reunions, dinner parties, or events where I didn't know anybody. Inevitably, I'd get asked the dreaded question about whether or not I had a boyfriend, followed up by the curt and somewhat insensitive, "Why not?" I know this question seems pretty innocuous, but when you are a single person, this can open up an entire Pandora's box of insecurities and self-doubt that flood to the surface and stick with you for a long time after.

After finally getting a boyfriend in my 30s, I was pestered with the next question: "When will you get married?" After Paul and I were married, I got: "When will you have kids?" When asked this question, I could have answered with the honest, "I don't know," but instead found myself making excuses and stuttering through my answers. Shame crept into every response more than it should have. I'd say things like: "Well, we're both working so hard right now," "We just got a puppy," and "We might move soon, so...". The list went on and on.

What people didn't know (and wouldn't know until I came clean in this blog a few weeks ago) is that my partner, Paul, and I had been in a constant back and forth on whether or not to have kids for years. We had hopeful moments of agreement followed by frustrating arguments when one of us would change their mind...things weren't as black and white as Rom Coms would have us believe. We were constantly teetering on the fence of whether or not to have children.

When a person chooses to live a #childfree life, or if they're thrust into a #childless one, they will have, at some point, been asked one (or all) of the following questions. The people who ask these are usually well meaning, but they still cause pain. But don't worry--I'm here to help you out. Here are some things you should never say to a person who doesn't have kids:

We know you care. We know you're genuinely interested and want to see an adorable mini version of your friend/family member, but this question can sting. You don't know what that person is going through--not really. Maybe they've been trying to have a kid and are on their third round of IVF after two rounds of IUI, and are really hoping that this will be the time that works, even though the odds are against them. Maybe the person you asked just had a miscarriage or had tests that showed her odds of getting pregnant are 8%. Bottom line: Be sensitive here. You never know what people are going through.

This question is pretty rude. Not convinced? Let's put the shoe on the other foot. What if my response to this question was, "Why do you have kids?" I'm sure this kind of inquiry would leave your mouth agape, wondering why the heck I'd have the nerve to ask such a thing. So from the childless person, all I can say is, well, ditto. Bottom line: Don't ask a question you wouldn't want to be asked.

3. "Miracles happen all the time!"

Okay, so I know the story about that friend of your friend of your friend's hairstylist's niece who tried to have kids for a decade, and then after giving up on IVF magically got pregnant a month later and she now has four children, and they're all brain surgeons who graduated from Harvard. But when a childless person (who is trying to have a kid) hears these kinds of "miracle stories," they can feel like a slap in the face. Instead of raising spirits and evoking a feeling of hope, it creates a weird sense of injustice: If so-and-so got her miracle, why can't I get one, too? Bottom line: Not everyone can get pregnant. General support and love here is the best response. Leave the cliches at home.

This is going to be a sore topic for some, but I'm going to broach it anyway. A family member said this to me. I'm not particularly religious, but in any case this stung, because this puts the entire blame of not being able to become pregnant on me. Not my scarred uterus, not my giant fibroid, not my messed up hormones, not my partner's sperm count, not the thousands of dollars it takes to try to get pregnant...me. And my inability to pray hard enough. This is not an anti-religious statement. If you are someone who prays, then pray. But please keep in mind phrasing when mentioning religion or spirituality to people, because it can drudge up deep feelings. Bottom line: Don't ever say this. This is hurtful on any level. How much a person prays should never be thrown in their face.

People who want kids but can't have them know this already. And you pointing out that they could've been great at what won't ever be will not help them feel any better. On the other hand, people who don't want to be parents may be cool with this point, but still don't want you trying to convince them to have kids. Bottom line: We know you mean this as a compliment, but instead it brings up sore feelings.

6. "You wouldn't understand; you're not a parent."

Saying this completely invalidates the childless person's point of view on a variety of topics, from being tired to forgetting something to being busy all the time. It's like all because we don't have kids to run all over town to sports events or ballet practice or scouts makes us not worthy to be tired or sad or overwhelmed. Sure, being a parent means you're playing a slightly different game than they rest of us, but that doesn't make the childless/childfree point of view any less valid. Many of us who don't have kids still have experiences with children. Some people are teachers, some are aunts/uncles, and some are volunteers with children organizations like Boys and Girls Club. Bottom line: The childfree are just like you. They have lives, too! And all because those lives don't involve kids doesn't make their experiences and points of view less valid.

People may have great intentions of wanting to take care of their parents. About 80% of adult children take care of their parents when they get older. However, many elderly people don't have the luxury of having their kids take care of them when they hit a certain age, no matter how much the kids want to pitch in. And not having kids doesn't mean you won't have other relatives, friends, or kids wanting to take care or you or visit. My Great Aunt Annette (another fantastic woman without kids) lived in her NYC apartment for 60+ years, and her nieces, nephews, and their children visited all the time to check in. Plus, she had in-home care until she was deep into her 90's. Bottom line: Elderly care is not limited to offspring (nor should it be).

8. "You'll never know real love until you have kids."

All because I don't have kids doesn't mean I don't know what real love is. If beauty is in the eye of the beholder, then love is in the heart of the beholder. We all perceive love differently and feel love in different ways. I personally feel an overwhelming sense of love every morning when my puppies greet me with their enthusiastic butt wiggles. Bottom line: Please don't invalidate others' definitions of love by assuming they've never felt what you've felt because they lack children. 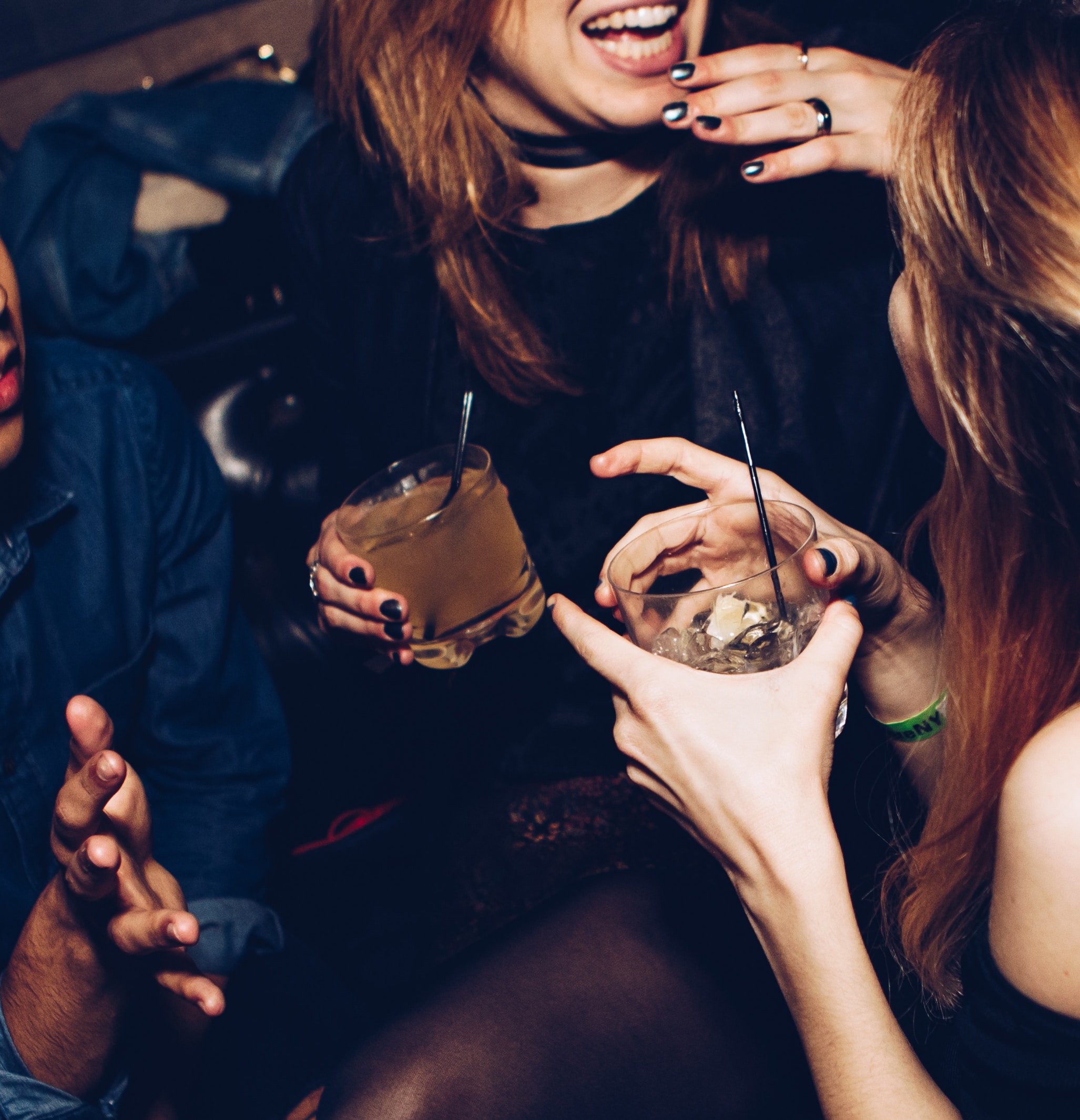 This statement is invalidating on two levels. The first is that if a person is childfree by choice, then they are choosing to not have kids because that is what's right for their situation. Maybe they don't like kids. Maybe they know that if they had kids they would be resentful and not put in all the hard work and effort required to raising them. Maybe they have a genetic disorder that would be passed down to a biological child, so they choose not to have kids to not burden another human with that genetic marker. Maybe they're busy working in a lab 70 hours a week trying to cure cancer. No matter what they reason, it's not selfish...because it is that person's choice to make and therefore is the right one. The beautiful thing about the lives we lead is that we get to make choices about what we do, where we go, and what we seek. The second reason this statement is invalidating is because what if the person you are speaking to did want children, tried to have them, and couldn't? What if they're now bold statement of "I don't want kids" took years to come to terms with and they are only now comfortable saying it out loud? Bottom line: You don't know why a person doesn't have kids. Don't make the assumption that it's because they're bad people. Most of the time, they're just people.

10. "I didn't invite you because there were only people with kids there."

As my friends have children, they are slowly falling into one of two categories: the people who have kids and still include me in their lives, and the friends who have gone out, made other parent friends, and have ceased hanging out with me. The ones who keep me in their lives make the effort. I can tell. It seems pretty hard to balance kids, school functions, play dates, parent friends and non-parent friends. But I appreciate it. It means a lot to be included. Of course, there are people out there who don't want kids, don't like them, and don't want to go to your parent/kid parties, but that doesn't mean they don't want to at least be invited. You never know. Maybe they'll surprise you and RSVP 'yes.' Bottom line: Ask your friend to the party...because excluding them from an event due to a parent-heavy guest list kind of sucks. They're still your friend. You have a child, not the plague. True friends will still want to spend time with you.

Need help knowing what to say?

We know you mean well. Here's an article that can help you say the right thing.

Childfree vs. Childless: What's in a Name?